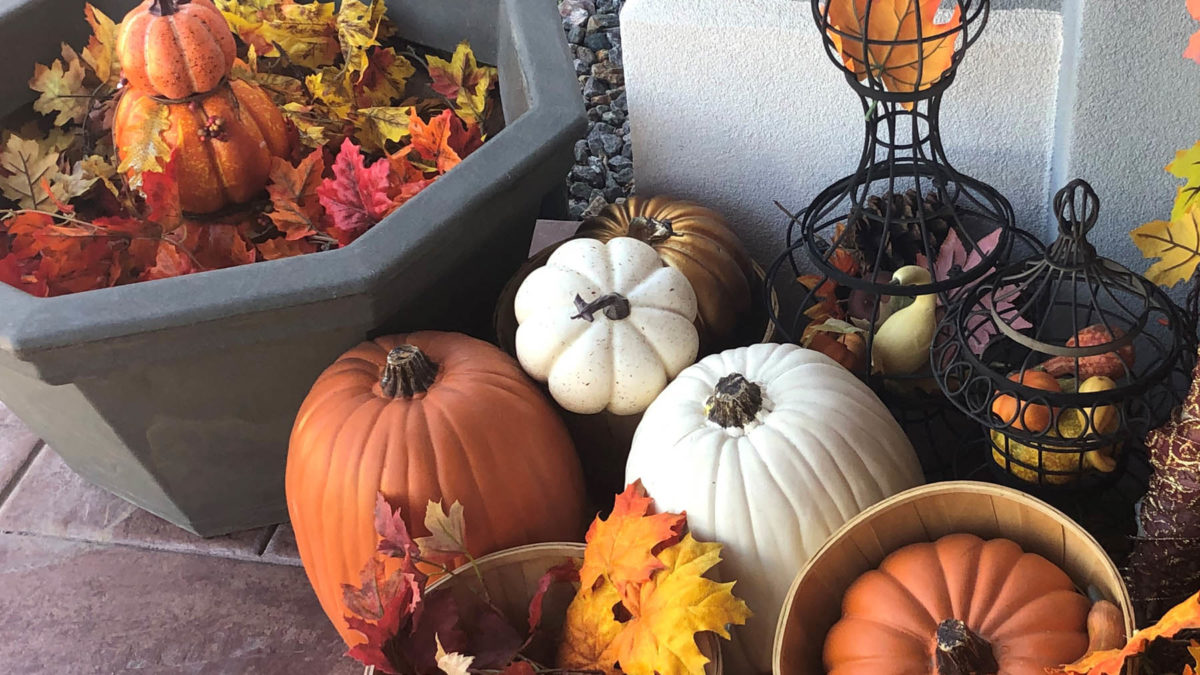 November is here. Time to rake up autumn in a cone-shaped mound in the backyard and accept the blah of winter, zone out and barely acknowledge Thanksgiving, then launch into the holiday season.

The timing is all off. The food-fest Thanksgiving holiday gets squinched into late November as an afterthought:

“Oh yeah, Thanksgiving. You must be referring to that holiday we begin celebrating in mid-August when we start drinking pumpkin lattes and beers, thinking somehow the taste of pumpkin will help us ‘feel like fall.’”

More about holidays later. This month’s post is a mash-up of thoughts buzzing my brain the past few weeks. 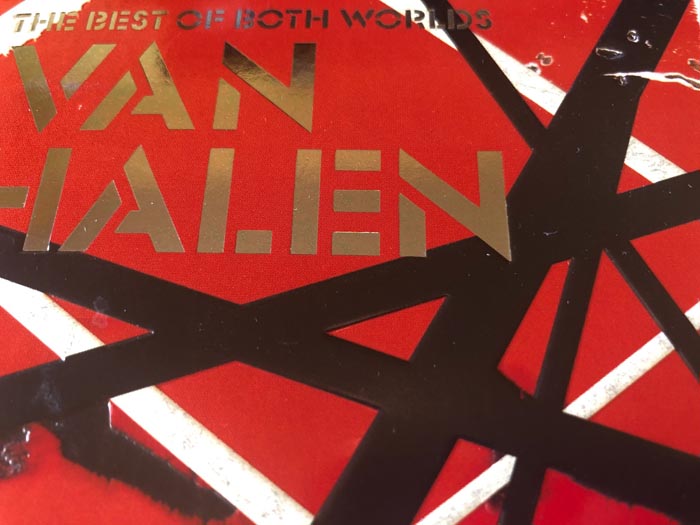 The rock group, Van Halen, was Eddie the lead guitar player and his brother, Alex, the drummer. Bass players and lead singers came and went, but the VH brothers were the foundation. Okay, Eddie’s son, Wolfgang, joined the band, too. But all that shuffling got me thinking about how something—whether it’s an organization, a relationship, or a structure—sustains only when there’s a firm foundation. I never cared for early VH’s front man David Lee Roth’s voice or his butt-less leather pants. All that overacting-showmanship garbage to get attention got on my nerves.

Eddie Van Halen created inventive, outlandish, never-heard-before sounds from a guitar. He made some poor lifestyle choices, but he used guitar notes instead of words to tell stories. He didn’t scream, “Look at me.” He shut up and played. Loud and effortlessly, the result of thousands and thousands of hours of rehearsing his craft. He didn’t need to tell us how great he was. His virtuosity spoke for itself.

Cancer took Eddie’s life, and cancer has taken the lives of several special people in my life this year. As I write this post, it’s October, Pinktober, Rocktober, Covid-tober, Time-To-Start-Hoarding-Food-Again-tober, and due to the loss of two of our friends—plus Eddie Van Halen—to cancer this month, Cancer-tober. Many of us are working at Bye Aerospace on Saturday mornings, so I’ll add Cranky-tober.

But cancer. That elusive, stealthily-unfair disease that, if caught early enough, MIGHT be survivable. When I was going through my bout, my oncologist always said that fully executing my prescribed treatment plan—however excruciating—was likely going to “extend my life with cancer.” After treatment, I would go through hormone therapy (take a daily pill) for five years, initially taking Tamoxifen, then switching to an Aromatase Inhibitor, to stop my body from producing estrogen, the fuel for my type of breast cancer. BTW, I will be taking my last anti-estrogen pill in mid-November. It’s going to be a colossally-big deal, so I will capture that celebratory moment and share next time.

Some individuals live for several years after their diagnosis of a terminal cancer. Not everyone in the same situation has similar outcomes, based on a variety of factors. I do not have the expertise or education to suggest why that is, but I am haunted and humbled by the dignity shown by those who face the many unknowns of their mortality over relatively long periods of time. Their dignity continues to unexpectedly bring me to tears.

Speaking of…white pumpkins I didn’t plant started growing in my vegetable garden in early October. Coincidence? Miracle? Sign from God? I don’t know. And at 55 years old, I’m finally okay with not knowing. What I have accepted is I’m not in control, so I damn sure better be the best I can be at the things I can indeed control. Like taking the time to question and grieve and accept that not everyone thinks like me, nor should they. We are on this earth for an unknown amount of time, so like Jack said to Rose in that be-loved and be-hated movie, Titanic, “Make it count.” 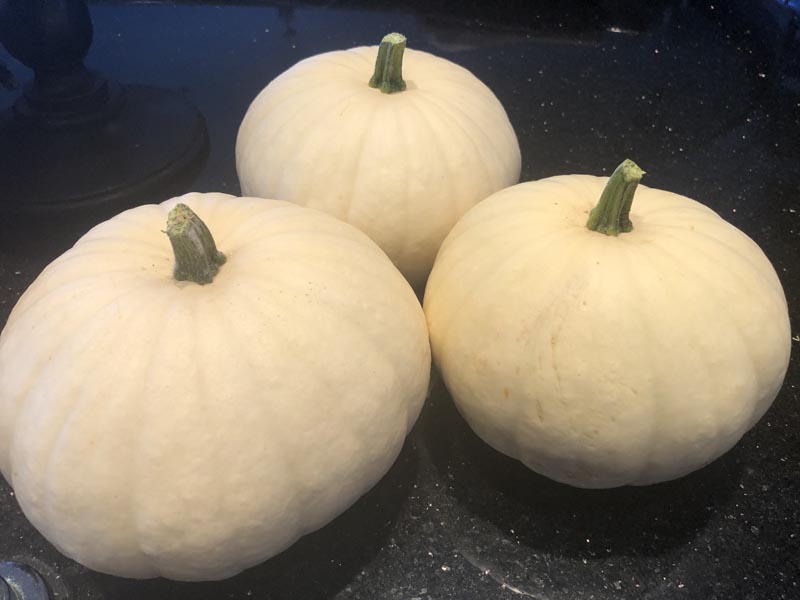 Okay, back to Thanksgiving. Has anyone besides me gone searching for a can of Libby’s pumpkin puree in the grocery store? I resorted to Plan B, Amazon, but decided I was unwilling to shell out $8.44 for a can of likely nearly-expired pumpkin puree. Sadly, Rene and our neighbors will not be enjoying any of my pumpkin doughnuts this year. That is so 2020, isn’t it?

I Zoomed with my siblings back in Nebraska a few weeks ago, hoping they could help me remember stories of Thanksgivings past with the Andersons (mom’s side) or the Moravecs (dad’s side). As it turns out, we couldn’t remember much.

We did, however, all recall the year (likely 1972 or 1973) when mom, dad, the four of us kids and a cooked turkey in mom’s black enamel roasting pan had to make the 80-mile drive from our home in Cotesfield to York, Nebraska, for the Anderson Thanksgiving in an ice storm because—of course—we had the turkey. Dad was our town’s rural mail carrier, so he always drove a 4-wheel-drive International Scout to deliver mail to the farms around Cotesfield. He had replaced the back seat of the Scout with a bench made of plywood, on which he placed all the farmers’ mail in laundry baskets, sorted and rubber-banded by family. He also kept tubes of grease, two spare tires, a tire jack, a Craftsman portable red metal toolbox, and a couple other greasy cardboard boxes of tools underneath the bench and scattered on the floor. Gunracks that hung on the sides of the back of his Scout held an assortment of rifles in case he came across a coyote or some other critter stalking farmers’ precious livestock. On that icy Thanksgiving, we stuck the turkey roaster in the center of one of the spare tires and sat hunched over on the plywood bench for three grueling hours, shivering as dad slowly drove on sheets of ice on the highway. None of us wore seatbelts, yet somehow we managed to arrive safely. 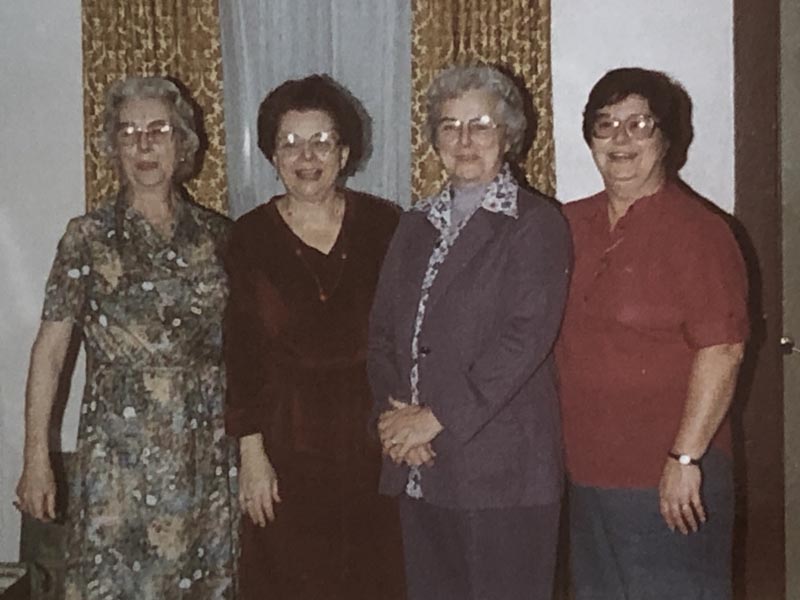 The Anderson side of our family is highly educated and has ties to the military, so our Thanksgiving gatherings were always—not a surprise—organized. Before eating, we’d gather ‘round so the four Anderson sisters could lead us in singing the Doxology. Once everyone loaded up their plates from the buffet and found a seat, no one could move for the next two hours because there was no room to spare.

The Moravec Thanksgivings, on the other hand, were a roll-the-dice-cuz-anything-could-happen guaranteed good time. One year I decided to bring dad’s “All Time Greatest Bloopers-Uncensored” album and my portable record player to entertain the adults. That year dad also started a tradition of bringing a jug of Mogen David wine in the convenient gallon size to the Moravec Thanksgiving. Each of the small-kid cousins was allowed to take a sip if they wanted. Then things got even sillier.

While the Andersons offered healthy food options, the Moravec Czech-Thanksgiving spread of food was fried, then slathered in gravy. No need for salt shakers—grandma Moravec dipped her hand into the bag of salt she kept under the kitchen sink next to the lard, then released handfuls of salt into whatever needed salting on the stove. We had mashed potatoes with our turkey AND dumplings, accompanied by a pork roast, homemade sauerkraut, homemade mac and cheese, and finished off with fresh-baked pies and kolaches for dessert. Come to think of it, I don’t recall ever eating a green vegetable at a Moravec Thanksgiving. Maybe green beans, but not unless they were swimming in melted cheese or lining the bottom of a fried onion-laden casserole. 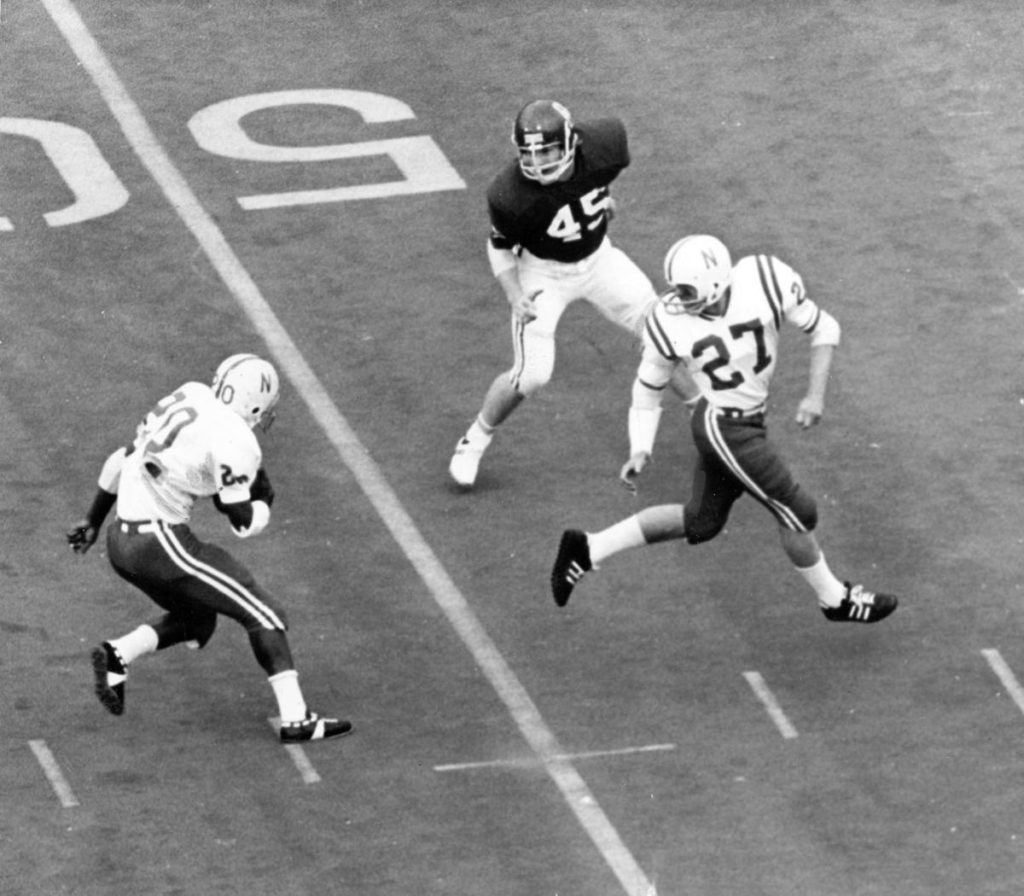 My most memorable Thanksgiving from my youth was in 1971. Dad had been home for several months after his stay in the Veterans Hospital in Lincoln for what was called, at the time, depression. We were at my Aunt Erma’s (my father’s sister) in Boelus on Thanksgiving Day, November 25. For the first time since he had returned home from the hospital, dad actually invited me to sit on his lap to watch the Nebraska vs. Oklahoma college football game on television, a Big Eight Conference match-up some labeled as a “Game of the Century.” I was six years old and didn’t care much about football, but a Nebraska player named Johnny Rodgers kept out-maneuvering the defensive players, who ran into each other like bumper cars. Every time he caught the football as a punt returner,

Johnny Rodgers zigged and zagged across the field, confusing players who tried to tackle him.

The Huskers beat the Sooners that day, 35-31, in an epic battle. Johnny Rodgers was fun to watch, but I was giddy because I had finally been invited back to my perch on dad’s lap. That Thanksgiving was the last time I ever sat on his lap. It was a memorably precious day.

In closing, I am running a blue-light special on my book this holiday season. If you order copies off my website (www.DianeMSimard.com), use the promo code GRATEFUL at check-out for a 20 percent discount. Take that, Amazon. That and your $8.44 cans of pumpkin puree.

May the challenges and frustrations of this bizarre year take a backseat as we pause to give thanks. I am certainly grateful for all of you! 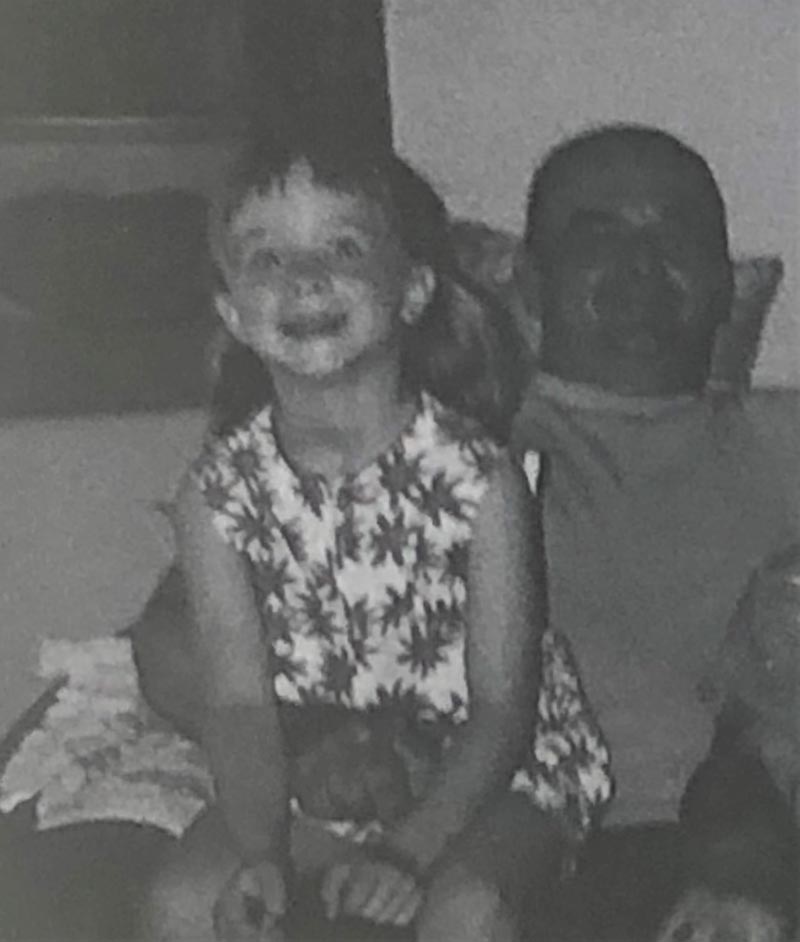