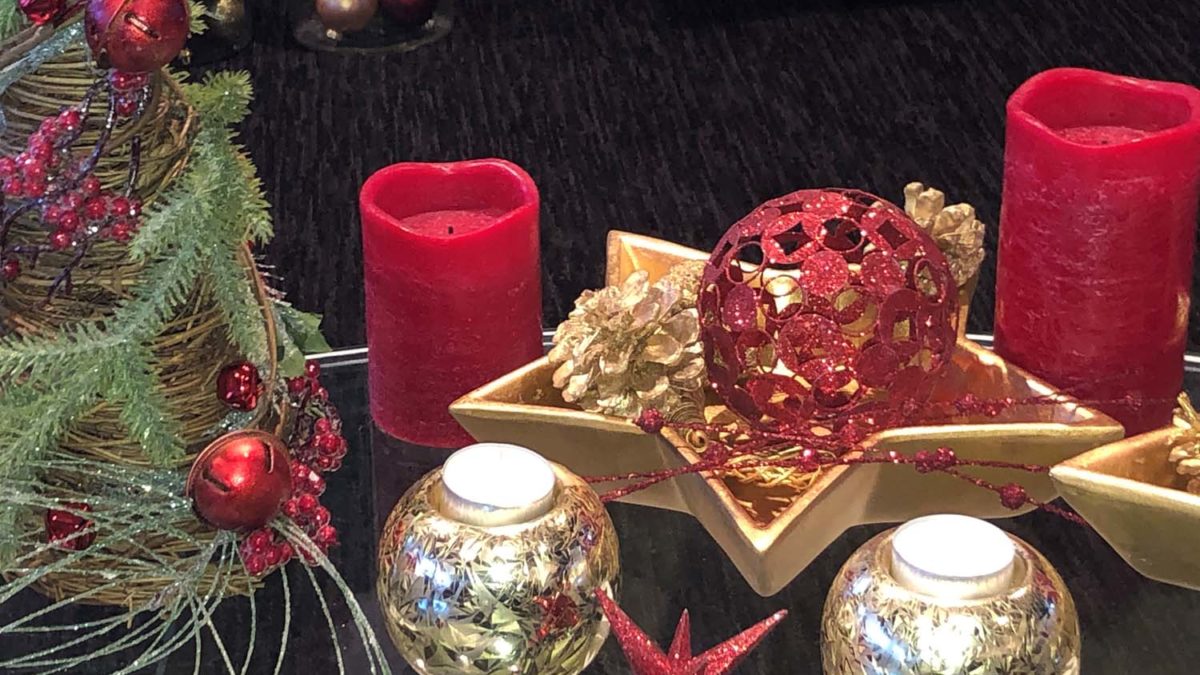 This year, the amount of time between Thanksgiving and Christmas is about as short as it can possibly be.

The race is on. All the fall decorations are down in our house, except for five mini-pumpkins from my garden that have not yet shriveled and died. Rene and I hovered around the mini-pumpkins and a lighted Macintosh Apple Yankee Candle for our Thanksgiving meal. Poor Thanksgiving! Snubbed again. 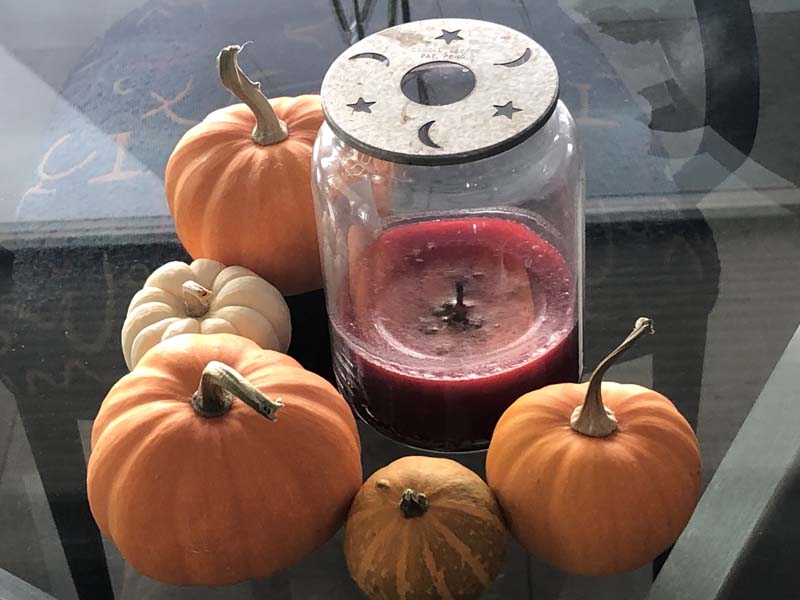 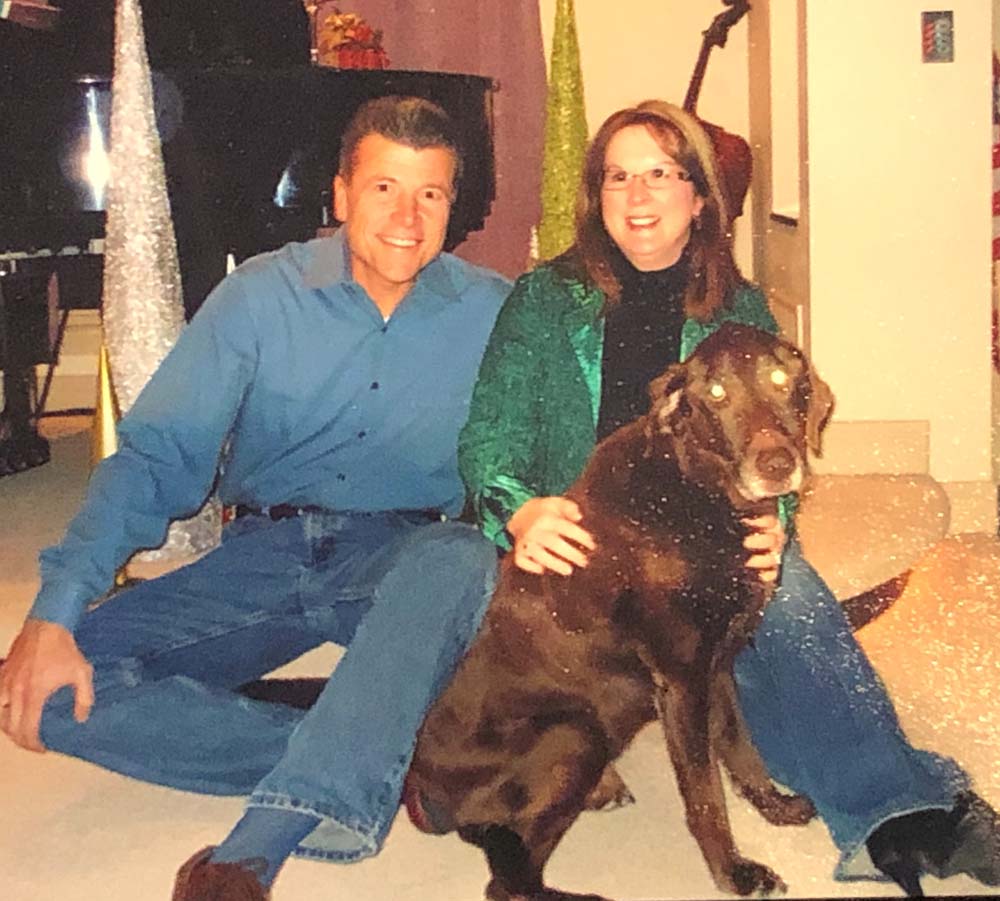 Although the homestretch to year-end is a green light for me to breathe deep, to analyze what went right and not-so-right this year, and to make to-do lists for 2020, I dread the sense of loss that accompanies December. This month’s chilly air and sentimental carols remind me of our dear, long-departed, lovable chocolate lab retriever, Enzo. He was more than a dog—he was the closest thing I will likely ever have to a child, given that whole decision-not-to-have-children thing.

My brain is an expanding hard drive of memories, sweet and sorrowful. Enzo lived out the final months of his life from September 2010 to early January 2011 with cancer in his spleen, and I could never shake a chill that took over my body during those heartbreaking months. As difficult as that Christmas was, though, we were blessed to have my siblings and their families here with us in Colorado for Christmas 2010. Everyone said their goodbyes to Enzo before they headed northeast for Nebraska on I-76, and Enzo was gone two weeks later.

I recently felt that same December chill as I was sorting Christmas decorations, and I plummeted to a sad place. The same sad place I was when my father spent the winter in the psych ward at the Veterans Hospital in Lincoln, Neb., when I was five.

Triggers. My triggers are like on-off buttons that ignite dark landmines buried in my mental catalog of experiences. I had not experienced bone-chilling cold since I went through cancer treatment in 2015, thanks to hot flashes. Nowadays, unless I guzzle more than a sip of red wine or eat an entire cookie, I thankfully maintain a stable body temperature.

Speaking of my father, Rene and I visited my dear Aunt Erma Lauritsen in early November when we were back in Nebraska to visit family and my alma-mater, the University of Nebraska-Kearney. During our visit, Erma reminded me of a story about my father (Erma is my late father’s sister). Hearing her story again prompted me to reach out to Helen (Kment) Lassen, who I connected with through Facebook. She grew up and still lives near my hometown of Cotesfield, in central Nebraska.

Helen and I talked by phone recently, and she said for several Christmases in a row, likely in the late 1960s, my father and his brother, Uncle Frankie, delivered gifts to her and her siblings. Dad dressed up as Santa Claus, and Uncle Frankie was a reindeer, wearing antlers that his wife, Aunt Eleanor, sewed for him to put over the top of the neon orange insulated ballcap he always wore in winter. “Your dad always stopped in to check on us to see if we needed anything,” Helen told me. “Your Grandpa and Grandma Moravec, Uncle Frankie, and many others were also willing to help out. We always had good neighbors. People helped each other back then.” 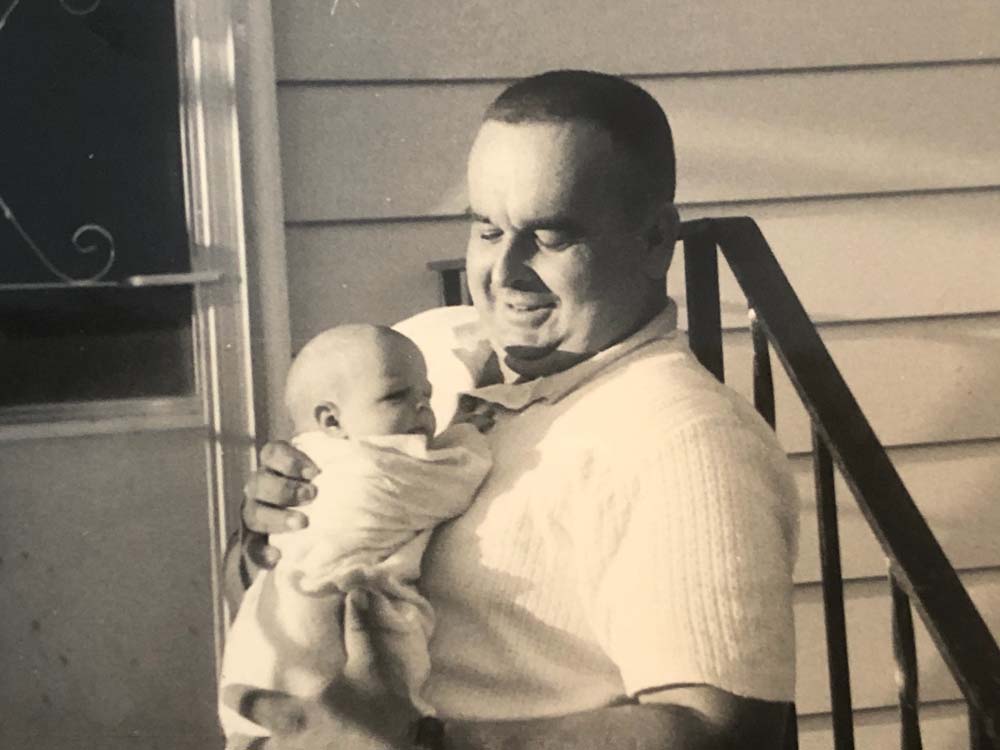 Not long after the Christmases when dad dressed up as Santa Claus to deliver gifts to the Kment children, he was overtaken by a deep depression that I now believe was post-traumatic stress (PTSD) from his time in the Korean War. He remained friendly and helpful to neighbors when they needed a hand, but he lost his joy. I don’t remember seeing him smile between 1970 and 1997 when he died, and I was never Daddy’s Little Girl again after he returned home from the Veterans Hospital late in the winter of 1970.

I write about such a dark topic during what should be the most wonderful time of the year because I can’t shake December’s chill. This year, when you watch “It’s a Wonderful Life” on Christmas Eve with a mug full of frothy eggnog in hand, pay close attention to the disturbing scenes of Jimmy Stewart as he portrays an unraveling George Bailey. His hands shake, he perspires, his eyes are haunted, he is angry, and he gradually becomes unlikeable. Until he is saved by those he cares about most.

The reality is that Jimmy Stewart wasn’t acting during some of those scenes. He was experiencing the resulting PTSD from his experience in World War II, where he flew B-24 Liberator bombers over Germany. As the story goes, after he was sent home from the war he was depressed, he couldn’t focus, and he refused to talk to anyone about his war experience. Fortunately, the filming of “It’s a Wonderful Life” proved to be therapeutic for the combat veteran, and he went on to become one of Hollywood’s most beloved actors. 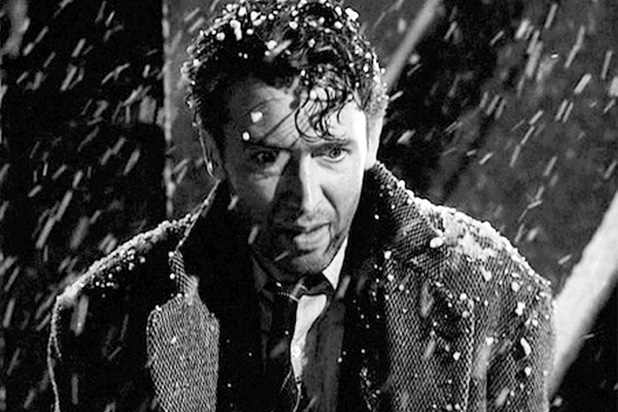 Although I have delivered a dose of not-so-pleasant memories of holiday seasons past, all is not Scrooged. For example, in mid-November I received a clean bill of health at my six-month oncology check-up. My blood pressure was a stunning 110/75, a healthy reading I haven’t had since the early 2000s. On February 10, I will hopefully become a five-year survivor, a sacred milestone for the Mighty Many who experience breast cancer. And a delightful young woman who attended a presentation I gave at the University of Colorado Cancer Center’s Lunch & Learn in late September read my book and was so moved by the need for more mental health resources for cancer patients, survivors, and caregivers that she has decided to pursue a PhD, focusing on psycho-oncology.

How blessed am I? Are we? Um…very. We are very, very, very blessed. Life is a balance of joy and sorrow, and I am grateful for both.

The two things I love most about Christmas are the joy of giving and the opportunity for renewal. I schedule time in November and December to check in with the dear friends who support my insatiable drive to make impactful change, who relentlessly encourage me to keep moving forward, and who accept me for the strategically dorky, schedule-driven, analytically-inquisitive-with-a-quirky-sense-of-humor person I am. Those lunches, breakfasts, and phone calls help me counter-balance my end-of-year gloom. 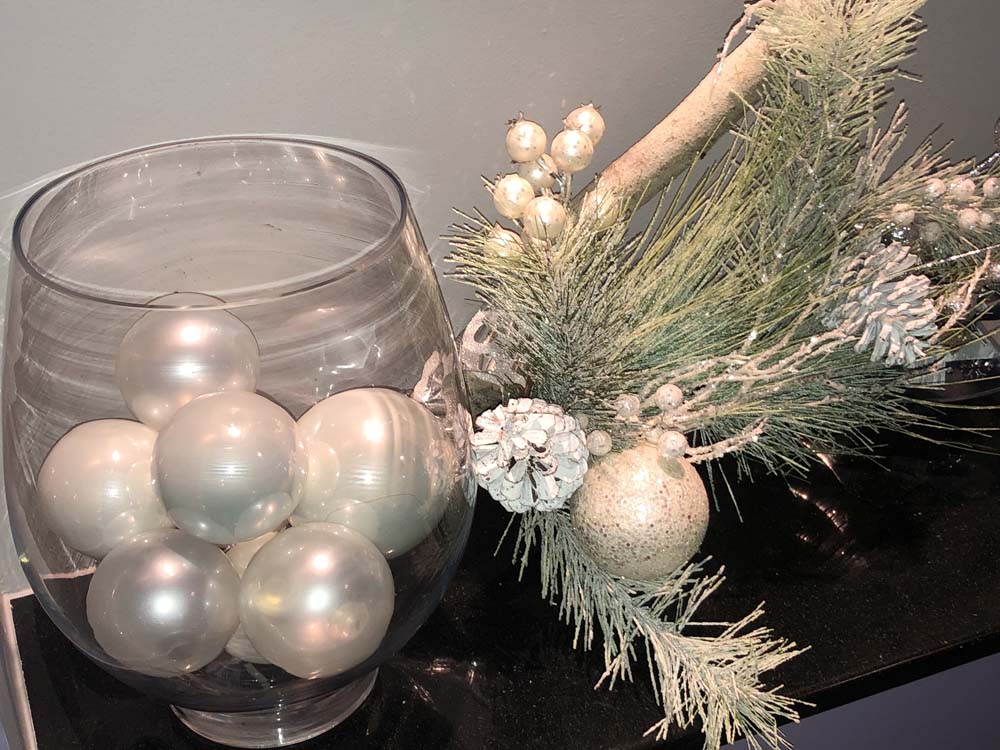 This December, I am racing to Christmas, but I am also reflecting on life’s challenges and rewards while listening to Christmas carols that remind me of younger days. Rene and I are loving the Jackie Gleason Christmas albums from the 1950s. I am spending more time in prayer, contemplating life’s gifts, marveling at Colorado’s seemingly-endless falling snow, and planning for a new decade. I need to continue discovering new ways to bring attention and acceptance to the ways the traumatic events of our lives bring unexpected psychological challenges for a lifetime.

Our haunting memories may never leave us, but there are healing tools available that deserve a try. I remain committed to pushing hard on our government, our educators, and our leaders to recognize the needs of those of us who need improved access to mental health resources.

May your holiday season bring you renewed peace and hope, 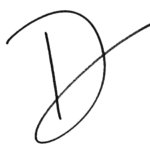