If you would prefer the audio version of this post, we have that too! Just click play below:

I’m taking the opportunity in this post to step back and share–okay, brag about–what the Center for Oncology Psychology Excellence (COPE) at the University of Denver’s Graduate School of Professional Psychology has accomplished in just two short years.

Before I begin, though, I want to make it clear that COPE is not about me. It’s about those who are directly or indirectly impacted by the shockingly horrific experience called cancer.

As much as I wish this vicious disease would disappear, it’s likely not going anywhere anytime soon. In fact, the American Cancer Society projects that over the course of our lifetimes, one in every three women, and one in every two men, will experience some form of cancer.

The startling realities continue. Not to over-generalize, but there is likely well over 100 different types of cancer. With that, there is also likely not one single cure for cancer. Some cancers, like breast cancer, have multiple sub-categories, or separate classifications. Regardless of the type, stage or grade of cancer, all those different types of cancer are behaving badly. Some are mutating and changing their behaviors. Then there’s the whole cancer gene part of the conversation, plus immunotherapy and other promising new treatments.

Cancer is complex, covert, overwhelming and super scary to experience.

Near the end of my 16 chemo treatments for Stage III breast cancer three years ago, I started searching for a professional counselor to help me address my fears, not to mention my fluctuating emotions. What I learned was that not much attention was being paid to the psychological impact of cancer on patients, caregivers and survivors. Care centers were doing the best they could, but the option of individualized psychological counseling was not a standard treatment protocol for any type of cancer. The reasons varied, but two reasons I kept hearing were:  1) Health insurance typically didn’t cover individualized counseling costs for those experiencing cancer; and 2) Not many licensed practitioners in the mental health field were trained to work with cancer clients.

The insurance challenge was too vast for me to solve, but I wondered whether the lack of behavioral health practitioners for cancer clients was a training problem that could be addressed. 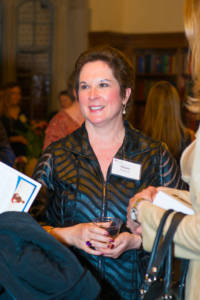 After asking many questions of the Dean and clinical academicians at the Graduate School of Professional Psychology (GSPP) at the University of Denver (DU), I learned that oncology training was indeed available to licensed behavioral health practitioners and had been for some time. However, most received their training at the post-doctoral level. The eureka moment came when I asked whether any university in the country was offering oncology psychology training at the graduate level, and the answer was no. My next question was, “If more licensed practitioners received such training while still in school, and more became interested in what I’m hearing you call “psychosocial oncology,” would care centers be more likely to make individualized counseling available to uptight, terrified patients like me?”

I will never forget the answer I received from Dr Nicole Taylor, a brilliant pioneer in psychosocial oncology. Her response was, “Oh, absolutely. Without question.”

Two hours after our conversation, I made the decision to team up with GSPP at DU and seed-fund the nation’s first specialty in clinical psychosocial oncology. We named the specialty COPE, which officially launched the night of February 10, 2016, the eve of my one-year anniversary as a survivor.

COPE is already having significant impact. The annual COPE update was recently published, which you can read in its entirety here.

Here are some of my favorite highlights from the update:

My heart is bursting with gratitude and thanks for those like you who have supported, and continue to support, COPE as an ambassador, as a donor or as a friend. I am so grateful and humbled by your generosity.

The National Cancer Institute projects that just two years from now, in 2020, there will be 18.1 million cancer survivors living in the U.S. That’s a 30 percent increase from 2010.

COPE, this blog and my future book (which is being professionally edited this summer!) are a spark in what I hope becomes a wave of momentum to keep bringing more attention to the psychological impact of cancer. We need your passion and loving concern–not to mention the will of a nation and world–to unite and help improve the quality of life for those impacted by cancer and other traumatic illnesses.