Mrs. Fernley and the
“Cranberries” Incident 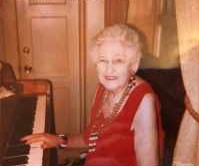 When I started my educational career in January 1971, my siblings and I were allowed one new pair of overboots per Nebraska winter, which lasted from September through May. Since my cheap rubber overboots tended to rip, every morning that first winter of kindergarten, after putting on my socks and blue Keds tennis shoes for kids, I slipped each foot into an empty plastic sack from a loaf of bread, then put on my red boots. Voila! Waterproofed and ready to face the day. 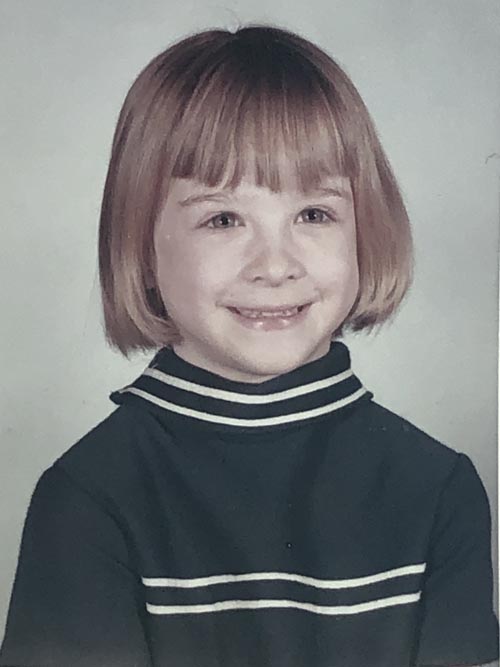 One Room. One Teacher. Seven Grades.

Cotesfield School Dist. 14 was a three-room version of Little House on the Prairie’s school, plus restrooms, a kitchen and a creepy furnace room that housed black metal music stands, a weathered bass drum and other antique band instruments from the early 1900s. Like Laura Ingalls-Wilder’s experience as a schoolgirl, our little school had one teacher for an average of 15 students among seven grades. There was likely a logical theory why kindergarteners in 1971 should start halfway through the schoolyear instead of in late August like the rest of the kids, and I recall it had something to do with the benefits of full-day versus half-day kindergarten. Either way, since both mom and dad had jobs and Grandma Moravec had babysat me since I was a baby, she had already taught me how to read and write the alphabet. As a result, my half-year of full-day kindergarten was a five-month non-challenge with milk, lunch and recess breaks thrown in.

By far, my biggest obstacle in “kindy” was figuring out how to process the bizarre-ness of our teacher, Mrs. Nettie Fernley, a throwback to vaudeville who would guide my educational experience through first grade. With so few of us in the school sharing the same teacher, we all sat at our desks in the same room. 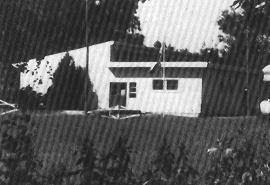 Mrs. Fernley seemed barely over four feet tall and was 75 years old when I started school, which means she was born in 1896. That’s not a typo. In 1896, Utah was admitted as the U.S.’s 45th state, Ford’s Quadricycle—the first Ford vehicle—was completed, and John Philip Sousa composed the Stars and Stripes Forever. She played piano for silent movies in the 1920s, so her style of piano playing was a cross between Dixieland, honky-tonk, and possessed Lilliputian. Imagine combing drum majorette moves with piano playing and that was Mrs. Fernley.

When it came time for us to sing, also known as music class, she’d sit down at the black antique upright piano with yellowing ivory keys and play Home on the Range in ragtime swing while we tried to keep up. Even after we ran out of verses to sing, she’d keep on playing. And playing. Her makeup was caked on and she wore bright-colored clothing, a black wig, stacks of fluorescent bangles on her wrists, dangly neon earrings and bright red lipstick. She also wore knee-highs instead of pantyhose, a visual one can never forget.

Although she was jolly and likable, Mrs. Fernley scared me because I could sniff her makeup and what smelled like stale Chanel N°5 perfume whenever she approached my desk. Since the special reams of writing paper with different sizes of lines had to be rationed over the entire school year, she would hand out individual sheets of paper for writing assignments, usually managing to leave a drop of drool on each sheet before handing it to a student. During rare moments of quiet time between classes she would twirl her dual-sided Zaner-Bloser pen with blue ink on one side and red ink on the other like a drummer twirling drumsticks while she sat at her desk to correct papers. When she wrote on the chalkboard in cursive, she would combine more drum majorette moves into her writing. Always performing.

The big embarrassment for me in the Big K was an introduction to jellied cranberries for lunch, also known as dinner, which is what the noontime meal was called in Nebraska (the evening meal was supper). Anyway, the delicacy called jellied cranberries hadn’t been part of the Moravec/Faaborg household diet, so their open-heart-surgery red color apparently scared me one day at the noon meal because I began bawling uncontrollably once the school cook handed me my tray of food. I successfully avoided a straitjacket, thanks to an intervention from Grandma Moravec, who lived just across the street from the schoolhouse. In one of my report cards from kindergarten, Mrs. Fernley wrote this: “Has never cried since the ‘cranberries’ before Xmas.”

Despite her eccentricities, Mrs. Fernley always cared deeply about others. My sister, Marilyn, remembers her letting her borrow books to read from the small library of books at her house, and she was always happy to entertain a crowd with her piano playing at church or school events.

I recently learned that Mrs. Fernley’s first husband, Richard, fought in France with the “Rainbow Division” during World War I. The Rainbow Division was the brainchild of then-Army Major Douglas MacArthur, who would later become the infamous five-star general of World War II and the Korean War who smoked a corn cob pipe. He recommended taking National Guard units from across the United States and combining them into one division, the Rainbow Division, before deploying to France.

Unfortunately, Richard Fernley died from injuries he had sustained in the war soon after World War I ended. Mrs. Fernley later re-married, but continued to keep Fernley as her professional last name.  She received her teaching certificate at age 14 from Nebraska State Normal School (now Peru State College—where Rene received his undergraduate degree!) and taught at numerous elementary schools in Nebraska, Wyoming, South Dakota, Kansas and Texas during her 69-year teaching career. In Nebraska, she taught at Ord St. Mary’s, Cotesfield, Hay Springs, Lakeside, Harrison, Hyannis and Humphrey St. Francis. When she was 37 years old, she had already been a schoolteacher for 23 years and was featured in 1933’s “Ripley’s Believe It or Not” as the youngest teacher in the United States with the most experience.

A Chicago Tribune article dated Nov. 12, 1989, mentions Mrs. Fernley in an article about Tombstone, an Old West tourist destination in Cochise County in southern Arizona, best known as the site of the Gunfight at the O.K. Corral. The article mentions “modern-day flashes of old-style charm.” 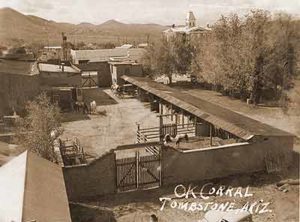 Mrs. Fernley passed away in April 1997 in Sierra Vista, Arizona, at the age of 101. She wasn’t necessarily my favorite teacher, but she was the first person I met who lived life on her terms—boldly and bravely—with just enough crazy thrown in to make her unforgettable.

She touched countless lives, and I am so grateful she is part of mine.

And now, a word from our sponsor.

Before I go, a couple updates:

Momentum continues to build around interest in psycho-oncology, which is the interdisciplinary field at the intersection of physical, psychological, social, and behavioral aspects of the cancer experience for patients, survivors and caregivers. Simply put, it’s a term I will now be using to describe my efforts to bring more resources, including training for caregivers, to those impacted by cancer. The physical scars from cancer may heal, but the psychological scars are deep, and in some cases, permanent.

Listen here for an approximately 20-minute podcast with Kelly Goering at Evolving Smart where I advocate for psycho-oncology and share an early-career story about my first brush with racism in the workplace:

If you know of anyone who might enjoy reading my blogs, please ask them to send me an e-mail or let them know they can sign up at DianeMSimard.com.

One final thought. I learned to love cranberries. The redder the better!

To all the unforgettable kindergarten teachers out there, 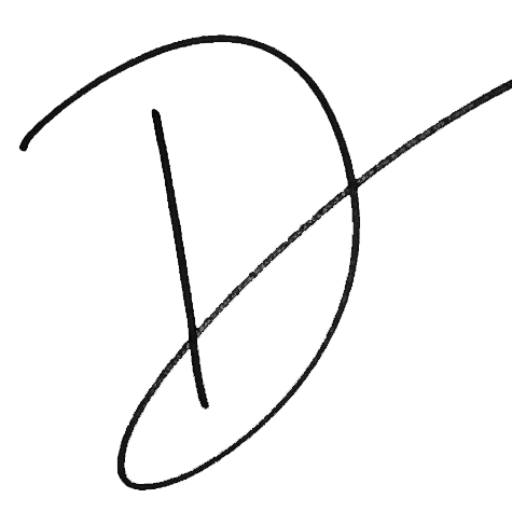