What Exactly Are You Saying? 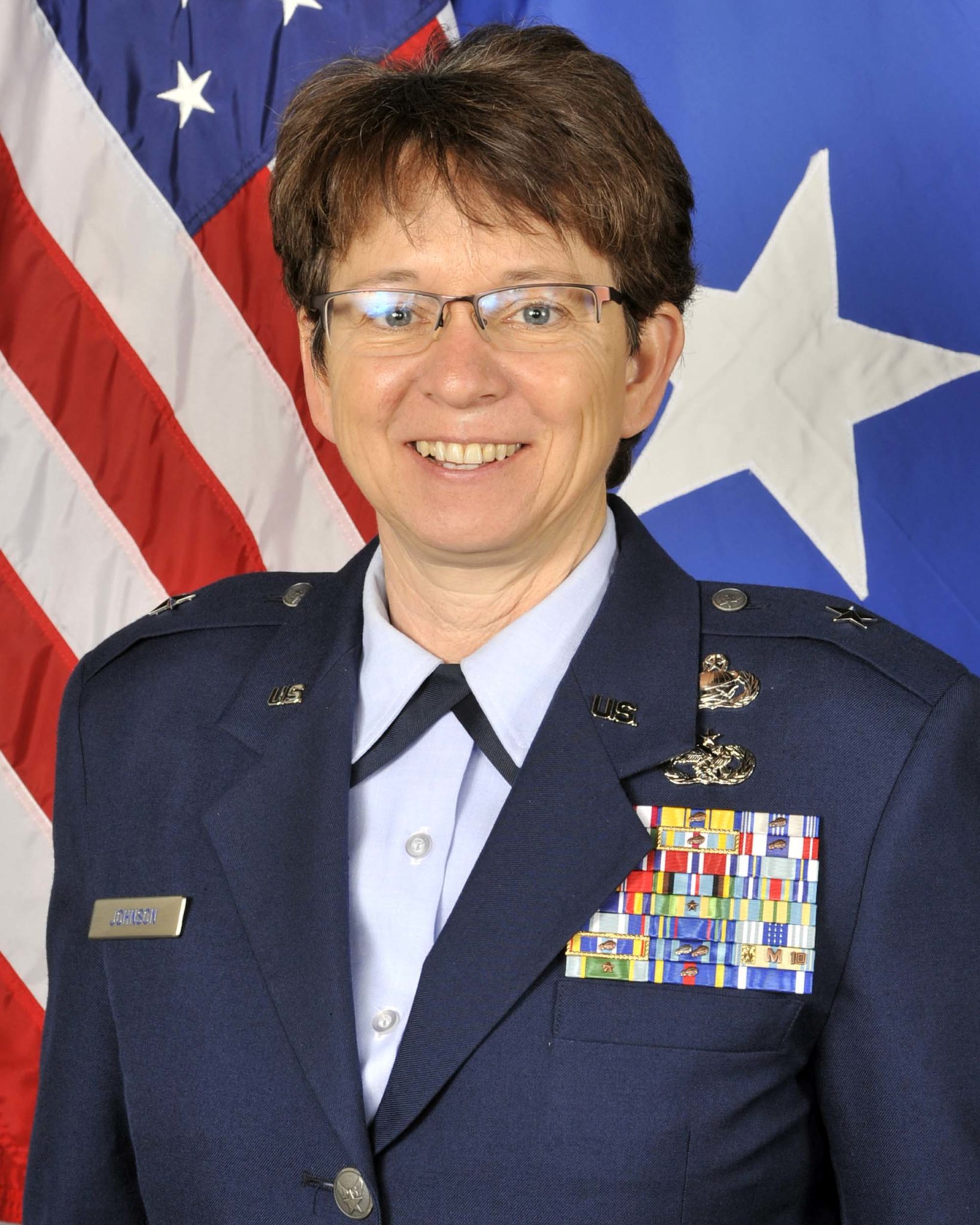 Although it feels appropriate to launch this post with a whiney pandemic intro, I won’t. You have heard all those rhetorically clever and incredibly annoying color commentaries by now, so I will spare you the eye roll.

Instead, I’ve got a fabulous surprise. Two guest blog posts in a row!

Am I getting lazy? Fresh out of ideas? Sorry, but no. When I outlined intentions for my 2020 blog posts back in late December, the thought never crossed my mind that our world would be thrown into the deep end of the pool with no lifeguard in mid-March. Nor did I imagine we would once again be experiencing anger and unrest over such unthinkable acts. My plan was that by May I would be so focused on my next writing project that I would appreciate a break from composing a blog post. That has actually turned out to be true.

Yes, I have started a new book, which is as eerily therapeutic as the last one. Here’s a sneak-peak at the first sentence of Chapter 1:

“I have had many worst days.”

On page 2, I introduce a medieval warrior character, then go from there to referencing The Brady Bunch to emphasize a point.

I am cooped up, healthy and actually sober, channeling my boredom into some bizarre repertoire.

In the meantime, I wasn’t kidding about the fabulous surprise part. Some of you got to meet my dear friend, Wendy Johnson, from Elba High School (Nebraska) at Rene’s and my birthday bash at Launchpad Brewery in Aurora over Labor Day weekend last year. A couple months before, I asked if she would write a guest post for me sometime in 2020, and she agreed.

For those who don’t know Wendy, she is actually Air Force Brig. General Wendy K. Johnson, the first female member of the Nebraska National Guard to achieve the rank of General Officer in 2016. Then, she became the first woman to lead the Nebraska Air National Guard when she assumed command at National Guard Joint Forces headquarters in Lincoln two years later. As you would suspect, her list of hard-earned achievements is extensive and well-deserved. 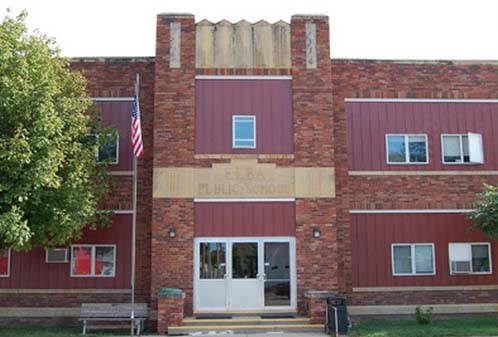 Just think, she and I were part of the Class of 1983—all 12 of us—from little ‘ole Elba High School. I am deeply honored by our life-long friendship.

Please enjoy her thoughts about this unprecedented time. In return, I promise I won’t do any more off-loading for at least another month.

I travel for a living. In a typical month, I will spend one week in Washington, D.C. working at the Pentagon in one role of my part-time Air National Guard duties. I work in the Air Force Logistics Directorate in what I describe as my “national level” assignment. I typically spend another week each month in Lincoln, Nebraska, working in another part-time position with the Nebraska Air National Guard. I describe this as my “state level” assignment. Some months I travel a third week to other locales as part of duties related to either my “state” or “national” jobs.

But nothing is typical this spring and I have not left home in almost three months.

My dreams have been exceptionally vivid. Am I alone in this? I dream of attending a conference where I am a guest speaker, but the conference center is large, and I can’t find my way to the meeting room. I dream of walking the halls of the Pentagon with a co-worker and realizing I left my hat in my office. I know that if I go back for the hat (which I am required to wear when I am outside to comply with proper uniform wear) I will be late for the meeting. In one of my dreams, I am trying to get to my parents’ house – a mere quarter mile down our shared driveway – but there are tree branches blocking the road and I can’t seem to get around them. 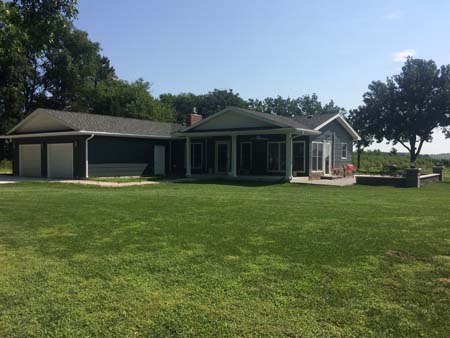 Home for me is in what was once my grandparents’ house on a small farm on the North Loup River, about a mile east of Elba, Nebraska. I grew up in Elba (a town kid) and went to school from Kindergarten through my Senior year at Elba’s consolidated public school. “Consolidated” referred to the fact that kids from neighboring towns, like Cotesfield, came to Elba for school. In most cases, the neighboring towns had their own schools, but over time and dwindling populations, scaled back to Elementary-only schools, consolidating instead with Elba for junior and senior high school.
I met Diane at a 4-H meeting in Cotesfield. I don’t remember the exact year, but I do recall it was before we entered 7th grade and “junior high.” We were sitting next to each other in a group circle in the Danczak’s living room. It may have been a newly formed 4-H group, or maybe I was just a new 4-H member. I was nervous because I didn’t know many of the other attendees. Diane turned to me and said, “Hi, I’m Diane.” Friendly, welcoming.

Diane and I were good friends throughout junior and senior high school and our young adult years and have remained in contact for the decades (eek!) of our ensuing lives and careers. We did not go to college together, where many people form the close relationships that endure into adulthood. We live miles apart, have pursued our respective careers, and exchange annual Christmas cards. Some might describe this as “drifting apart,” but I contend we have a shared history bound by early friendship that endures and shapes who we have become as adults. We are part of each other’s history. Aren’t we all shaped by the relationships and experiences of our past?

Fall is my favorite season. I think of fall as “the past;” reflective, looking back and interpreting the present through the context of the past. Historical, in some weird sense. The smell of burning leaves and brisk autumn nights make me think of my high school years, fall football games and marching band. I think this is consistent with who I am. I am an historian at heart. I can get lost for hours in genealogy research; I love old places and treasure the stories they hold (known and unknown). I revel in reading historical fiction…best if I am sitting in front of my fireplace…the fireplace my Dad built in my grandparents’ – now my – living room. Old stories in an old (comforting?) place.

If fall is the past, spring is most certainly the future. Diane stated it well in her April blog describing spring as representing “feelings of change, hope, rebirth, optimism, and growth.” In addition to the early spring flowers in my grandmother’s flower bed edging the hog pen (a poor camouflage, but I give Grandma Jean high marks for effort!), memories of new Easter dresses and dying eggs with my cousins mark my spring memory card. My cousins lived in western Nebraska, but from Easter forward they would visit with increasing frequency (my aunt and uncle were both teachers) throughout the remainder of spring and into the summer. We would help(?) our grandparents plant a large garden and catch up on our each other’s winter activities, with all the optimism of youth anticipating summer months of swimming, camping and evenings of croquet in the setting sun of the west lawn.

Summer. No school. Unstructured days filled with unscheduled, unplanned activities. Bike rides to the river to swim. Picking mulberries to eat with the thick cream skimmed from the top of freshly milked cow’s milk. Hand cranking the old ice cream maker until I thought my arm would fall off. Spring may be the future, but summer for me is the “now.” 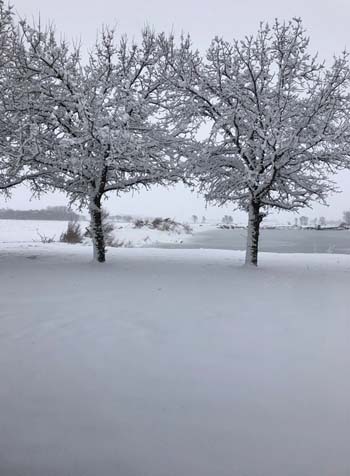 And what of winter? There is such beauty in fresh snow. Have you ever noticed the quiet that comes with a heavy blanket of new snow? There is a stillness reminiscent of a paused video; until man and nature move, disturbing the smooth, clean whiteness with footsteps and tracks. Before that moment, though, nature quietly sighs contentedly. Some may see winter as the dark, dreary interlude between fall and spring, but I see winter as a calm, restorative slumber.

What is your favorite season? Does it reflect your personality? Maybe, like me, you have a favorite, but you relate to elements of all four seasons. After all, just as a year is comprised of all four seasons, many experiences and relationships have and continue to form the seasons of my life. I have favorites, but I am grateful for them all.

The 2019 spring was hard for many Nebraskans impacted by massive flooding. Spring 2020 is proving another difficult season for people across our states, the nation, and the world. I hope you can find gratitude for all of life’s seasons. Spring doesn’t have an exclusive lock on hope, growth and optimism. Spring 2020 will ultimately be relegated to a piece of our history.

My dreams likely reflect my current circumstances. I cannot travel for work. I am stuck in place. It is stressful and frustrating. But I know summer is around the corner and I am optimistic about what the change in seasons will bring. In the meantime, I look to Diane’s example. Be friendly, persevere, and be grateful.

“The views expressed in this article are those of the author and do not reflect the official policy or position of the Air National Guard, DOD, or the U.S. Government.”